Men have been fighting with the removal of unwanted hair, especially facial hair since the dawn of history and had to find resourceful ways to remove it – long before the luxury of shaving at your much loved barbershop was an option or Gillette shavers were in existence!

Do you know that hairs grow between 125mm and 150mm per year and the average man will spend approximately more than 3,000 hours of their life shaving them. So a trip to the barbershop for a hot towel shave seems like a good idea right?

As shaving spread throughout the world, men who didn’t take part in shaving became known as ‘barbarians’ meaning the ‘unbarbered’, quite a robust and unpleasant way of describing a man in our opinion don’t you think?

Since the beginning of mankind, over thousands of years, men scraped hair away with crude items including stone, flint, calm shells and other sharpened material to demolish unwanted hair. Following on from this, men experimented with objects like bronze, copper and iron razors. Ancient Egyptians shaved both their heads and beards, a custom which was then adopted by the the Greeks and the Romans. This measure was orchestrated as a defensive measure for soldiers, preventing the enemy from grasping their hair in hand to hand combat – shaving with an extreme purpose one might say! 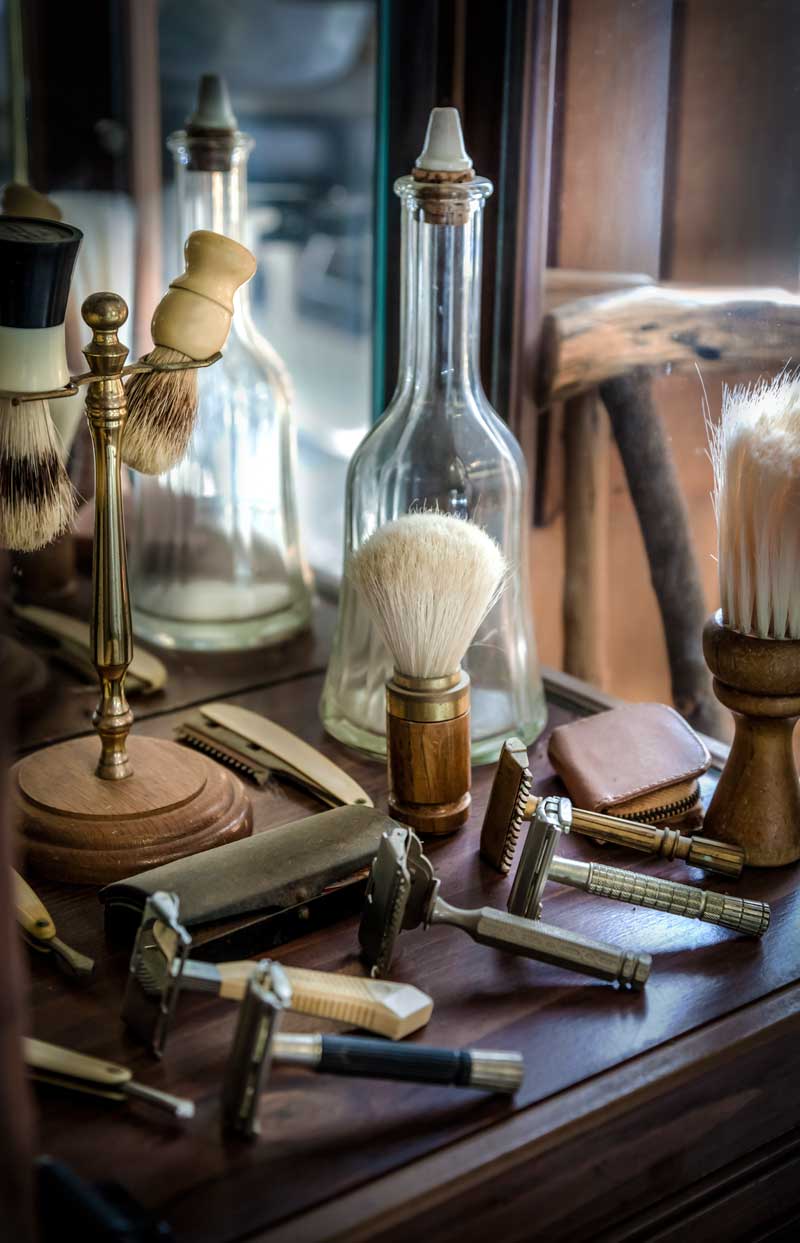 In more recent centuries, men opted to use to the straight steel razor, known as the ‘cut throat’ which provided a much sharper and cleaner shave for men. The knife like design meant that the razors needed to be sharpened with a honing or leather strop. This straight steel razor required a considerable amount of skill to avoid men from cutting themselves quite badly and this is where the skill of barbers came into play.

A poignant change occurred in shaving during the late 19th century, as a result of the invention of the first safety razor. This ‘golden instrument’ was a breakthrough in shaving for men around the world. The new t-shaped razor featured a guarded blade to prevent severe skin cutting and used either re-stroppable or disposable blades made of carbon steel. The option of disposable blades meant that men no longer required stropping skills to sharpen their razor blades and made shaving at home easier and more flexible. 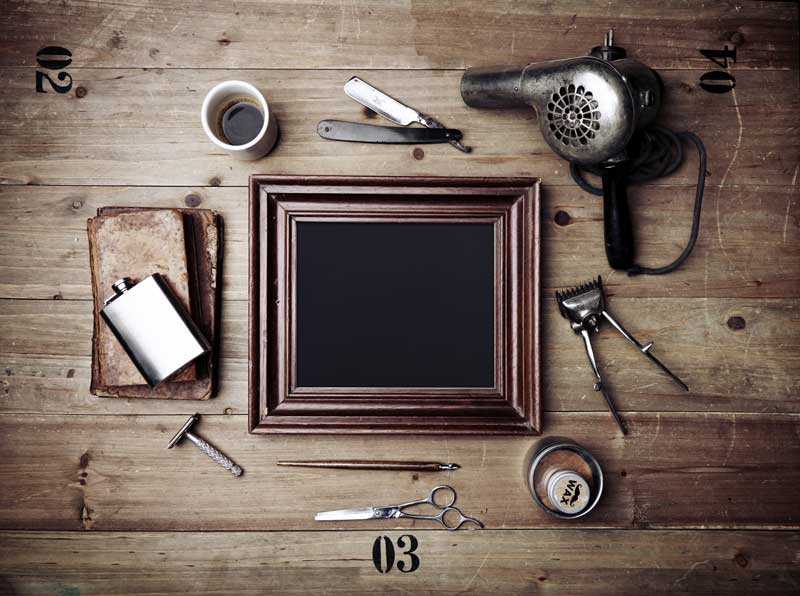 Even though men have access to a wide range of t-shaped razors today with a range at their disposal on the market, barbershops are seeing more of a demand and interest in wet shaving from their male clients. Wet shaving is definitely an art form that is making a remarkable come back! The ritual and enjoyment delivered with a wet shave, not to mention the exquisite luxury feeling of having it done by a professional barber, is what makes it tick all the grooming boxes for men. It ensures they are getting a super, smooth and sharp shave for a meticulous and manful look – sure to turn heads in the street or the office!

I suppose it is only right that men have the option of experiencing that pampering feeling from time to time right?. Most men feel like a king when they are in the barber chair and having the opportunity to switch off and enjoy all the relaxing steps of wet shaving is definitely why more and more men are requesting it at their barbers. Not to mention it saves them doing it themselves at home – so what is not to love about a good old wet shave. Sure tradition never dies and always comes back and wet shaving is definitely back for good! 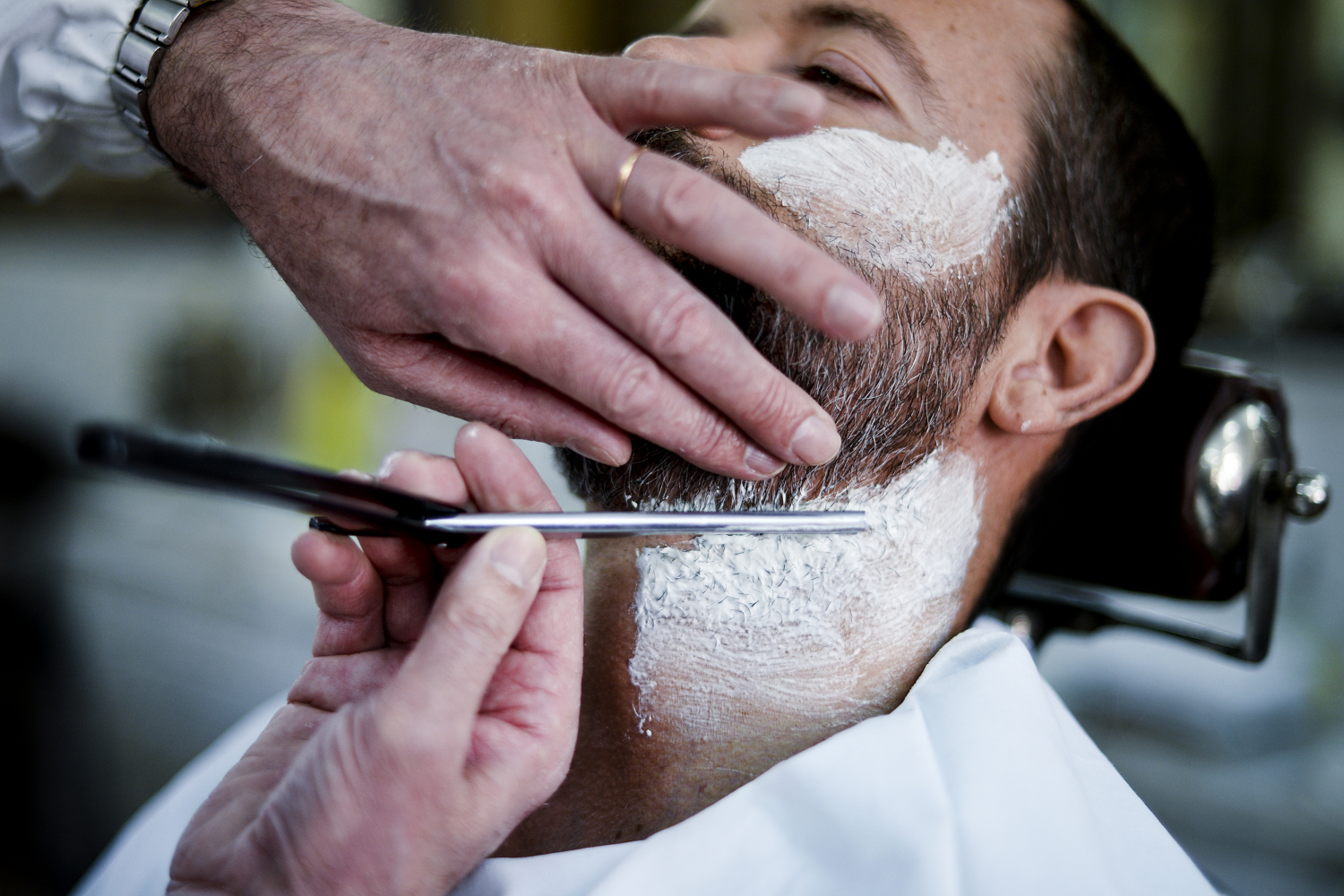